As always we want to thank you all for your continued support and encouragement during the development of The Lighthouse! This is a small update but we have some exciting news!

Here are a few new features/updates we have been working on to improve the quality of The Lighthouse.

Layered audio - This handy feature allows us to stack different music queues on top of each other to make it appear as if audio is seamless between rooms. No one wants to hear a song stop abruptly and play another track. So think of it as a DJ mixing songs and cross fading between them.

Voice Acting- We have been removing our awesome voices from the game and have been changing it to our very talented voice actors. As an example, you will no longer hear Ari’s eggy voice screaming “LOOK AT ME” into the phone. Which may be sad for some of you but a much needed improvement for most.

Credits- We have been putting each one of you into the credits! We have so many Knights this will be long but you will get to hear an original song by Mimi Page made specifically for the credits as you watch your names go by. :D

Wescott Manor- The Wescott manor has gone through a complete overhaul. We are currently re-working the interior of the manor and we really think you all are going to love the changes.

Cut Scenes - This last month we have been working on cut scenes using Unreal Engines sequencer. Sequencer allows us to create dramatic cut scenes and gives much needed life to the first person perspective.

Character Art - Lily Irvine’s character is now complete and is animating in the game thanks to Aleksey Sheludchenko you can check out more of his work on his Art Station http://alekseys.artstation.com/

Beta - We’re getting very close to beta! This means our early access backers will soon be able to play The Lighthouse! We will be posting more information on this in our next update :D 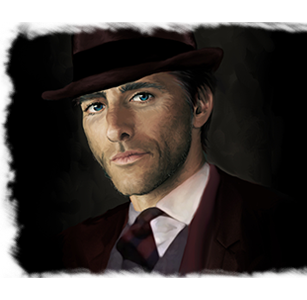 After going through 150+ auditions we finally found the voice of James Irvine! James Irvine will be voiced by Weston Heflin.

We're so excited to have Weston on the team and we can't wait for you to hear him as James Irvine!

The score for The Lighthouse was recently mastered and it’s almost ready for all of you to hear!

The Lighthouse soundtrack will be released on January 5th!

For all of you Knights that purchased the digital soundtrack, you will be receiving a copy of the soundtrack sent directly to your email that you provided. We’re so excited for you all to hear the original score for The Lighthouse.

Physical signed copies of the soundtrack will be sent at a later date.

If you haven't added The Lighthouse to your steam wishlist, please do. We also have a community group on steam that we would love for you all to joinhttp://steamcommunity.com/app/661450

Check out our discord for more frequent updates. We always like to drop in pics/clips of things we’re working on. It's also the best way currently to reach us as we all have the app on our phones/computers and check it frequently.  https://discordapp.com/invite/WwsKcNf

We want to thank everyone again for the amazing support and we hope you all have a wonderful holiday season and a Happy New year! See you all in 2018!

Thanks everyone! -The Shadow Knights Team